Mesothelioma is a rare but very aggressive cancer. In the case of Mr G, he died shortly after diagnosis and had little chance to get any expert legal advice as to whether he could claim compensation for Mesothelioma. He did however have time to give a brief history of his employment with specific reference to asbestos contact. He had helped to build The John Radcliffe hospital in Oxford. 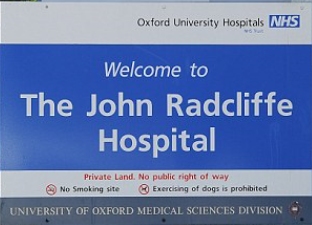 Much of the original hospital was built in the 1920s. In 1960 the old Manor House site was chosen for the new hospital and a planning team was appointed shortly thereafter.

Mr G’s brief employment history stated that he had worked for a local brewery and directly for the John Radcliffe Hospital where he worked for some time as a maintenance engineer, responsible for the upkeep of pipes and boilers. He had also been a hospital porter for a short time.

His daughter looked into the possibility of claiming compensation and decided to instruct a union firm. However, very little progress was made, so she decided to ask for a second opinion and spoke to our lead solicitor - Helen Childs. Helen received a copy of his work history, she found that the company that employed him when he first worked at the hospital ceased trading many years ago and the insurers could not be traced. Under these circumstances, The Government usually steps in with The Fund of Last Resort - a safety net that provides compensation when insurers cannot to found. However this only applies to the individual or to a spouse/partner and Mr G had separated from his wife many years ago.

Helen managed to locate a witness who worked with Mr G at the hospital. He described the conditions in some detail, leaving no doubt that everyone who worked there at time would have been exposed to asbestos to some extent. Little or no protection was provided for any of the workers or staff and the work was very dusty.

The defendants did not respond when an initial settlement of around £100K was offered, but agreed to settle a few weeks later when proceedings were issued and served. The amount of £105,000 included payment to a local hospice who cared for Mr G in his last few weeks.

If you worked in a hospital and were exposed to asbestos dust, you may be able to make a compensation claim. For advice, please call the number below or leave a message via our call-back facility and we will contact you.