Jennifer Seavor, a specialist asbestos disease solicitor in our Personal Injury team, has recently concluded a compensation claim for her client Miss D whose mum, Mrs J, sadly died in August 2013 from Pleural Mesothelioma Cancer. Before we were instructed, another firm of solicitors attempted to pursue the claim but after almost three years of investigation they advised Miss D that the claim was unlikely to be successful and that they could not continue acting for her. Miss D sought a second opinion from us and in just short of six months, the claim has settled and Miss D has received compensation. 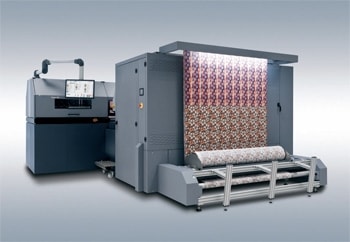 Mrs J lived in Dukinfield in Cheshire. Born in 1939 in Dortmund in Germany, she moved in England in 1956 to obtain employment. Over the years she worked at a number of cotton mills and on factory production lines including at a cigarette factory and at a factory that made nappies.

In 1979 she began working or Hulbert Fabric Printing Co Limited in Ashton-Under-Lyne as a silk screen printer. The company printed logos on products including t-shirts, sweatshirts and tea towels.

The company was subsequently bought by new owners in the mid-1980s and the name changed to J.K.G. Prints Limited. Mrs J continued working for the company until 1996 doing the same job after which time she retired.

Sadly in 2011, Mrs J began to notice some unusual symptoms. She has a metallic taste in her mouth and loss of appetite. She also began to lose weight. Gradually she began to notice pain in her side and breathlessness. Eventually, her daughter convinced her to go to the GP. She was sent to Tameside Hospital for tests. It was subsequently discovered in December 2011 that she had developed Mesothelioma Cancer. During the next year she was in and out of hospital for surgery, drug trials, radiotherapy and chemotherapy.

She was determined to remain independent and tried to keep a positive outlook on life. However, by late 2012 her symptoms had progressed and she was admitted to Willow Wood Hospice. After six weeks she was discharged home. At the time, she lived in North Wales and had to travelling to and from her mum’s home in Manchester daily to assist her with her needs. It became unsustainable and sadly Mrs J was admitted to a local authority care home in Stalybridge. She lost her battle with Pleural Mesothelioma on 19 August 2013.

When diagnosed with Pleural Mesothelioma, Mrs J knew that she had been exposed to asbestos whilst working for Hulbert Fabric Printing Company Limited and J.K.G. Prints Limited in the 1980s. She applied for relevant benefits from the government but did not feel well enough to consider pursuing a legal claim for compensation. On her death, her daughter decided to seek legal advice and instructed a firm of solicitors in Blackburn to pursue the claim.

They attended Miss D at home on 27 September 2013 and over the course of almost three years advised her that the claim enjoyed good prospects of success. Then, out of the blue in July 2016, just prior to the expiry of limitation (the time limit for settling the claim or commencing court proceedings), they advised her that the prospects of the claim being successful were no better than 50/50 and as such they could not commence Court proceedings or continue acting for her. They informed her that they were closing their file of papers.

Our Mesothelioma Solicitors take on the case

Miss D was shocked by the advice and contacted us at the end of July 2016 for a second opinion. Whilst the need to issue Court proceedings was imminent, we obtained her file of papers from her first solicitor and decided that, whilst significant further investigations needed to be undertaken, we would proceed. Within a week we issued proceedings in the specialist asbestos division in the High Court to protect her position in respect of limitation.

We then set about investigating the companies that Mrs J had worked for to consider the best route to pursue the claim. We were able to trace and take a supportive statement from a man who had worked with her at J.K.G. Prints Limited in the 1980s.

He confirmed that she worked on a heating machine which was purpose made for drying the products that had been printed. The machine was clad with asbestos insulation board which was cracked and in disrepair. It emanated asbestos dust and fibres. 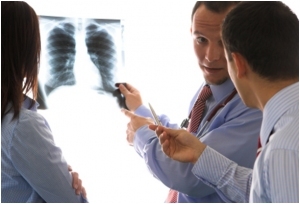 In addition, when operating the machine, a piece of asbestos cloth was used a manual conveyor belt to pull products through the drying machine to help the print set. The asbestos cloth was old and damaged. Asbestos dust and fibres were released as Mrs J handled it.

Whilst the company was no longer trading we were able to track down their former employer’s liability insurers and present the claim to them. By December 2016 we had obtained an admission of liability from the company’s former employer’s liability insurers and they made Mrs J an interim payment of £50,000. Terms of settlement were agreed and she received further compensation in February 2017. In addition, we were able to recover almost £15,000 for Willow Wood Hospice who cared for Mrs J during her illness.

Feedback from Client and Solicitor

“ I was so very happy to be able to pursue the claim successfully for Miss D and obtain justice for her mum who died at the young age of 74. Mrs J was exposed to asbestos in the workplace in the 1980s, at a time when the dangers of asbestos were already well known. She could have easily been protected. Her first solicitors advised her that she had a good claim to pursue but then dropped her claim only weeks before limitation leaving her not knowing what to do. This case really does go to show how important it is to use a specialist solicitor to pursue your asbestos claim as her claim would have failed if she had accepted the advice of her original solicitor. ”

Miss D was delighted with the outcome and feels that justice has been done for her mum. She said:

“ Jennifer has been totally professional and caring with our situation. She knows what she is doing and gets things done. I can honestly say that I have found it so refreshing that some people like myself are genuine and there to help. No false promises just professional people. Even though the compensation will not bring mum back, it has changed our lives. ”