Millions of British people now live abroad. Many left to find better work prospects or to retire to warmer climates.
However, a few may have been exposed to asbestos in The UK before moving abroad. Under these circumstances is it still possible to claim compensation from either the insurers of the companies where the asbestos exposure occurred, or from The UK Government if an insurer cannot be located.

If you have been diagnosed with mesothelioma cancer as a result of UK exposure to asbestos dust, we can advise you on whether you can still claim. 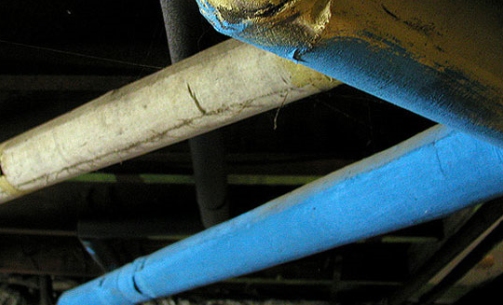 Expatriate status does not prevent you from accessing the wide range of benefits and one-off payments available to those suffering from mesothelioma or other asbestos related conditions.

There may be an issue of jurisdiction, for example being exposed in England and Australia.

This can be treated as a cross-border matter, where our specialists solicitors join forces with their foreign counterparts to build the case on your behalf.

To illustrate this, consider a recent case concluded by our mesothelioma solicitors in September 2019 . . .

Mr J met and married a Maltese national in the 1990s. They decided to move to Malta.

Mr J was a pipefitter who served his apprenticeship from 1958. Pipefitters are responsible for installing, repairing, and maintaining pipe systems, they often work on large-scale heating and cooling systems, as well as pipes in power stations and industrial plants. During his apprenticeship, Mr J was given the messy 'dogs-body' jobs, including mixing the asbestos in large tubs for lining the pipes. He had considerable daily exposure to the asbestos dust during this time. Many years later in Malta, he developed pleural mesothelioma cancer.

Mr & Mrs J had read about the relatively new treatment options provided by immunotherapy and asked the The Government in Malta to fund the treatment. They also applied for the benefits the were entitled to from The UK government. They also found an insurer to claim against in the UK.

Sadly, Mr J deteriorated rapidly and passed away, but an admission of liability was secured in his lifetime.
Mrs J does not drive and was dependent on her husband for transport. The mesothelioma settlement took this into account as well as her financial dependency.

“ The service my late husband and I received from RWK has been excellent throughout.
Our designated lawyer Mrs Rachel James was so caring, approachable, kind and understanding and always explained all that we/ I had to go through step by step. ”

If you are a British expatriate and were exposed to asbestos while in the UK, you may be able to claim compensation. For advice on this and for any other questions, please call us on the number below and ask for Warren or Kathy