Mr F became very poorly at the end of 2015. The doctors and consultants thought he had all of the symptoms of Mesothelioma, but he was in no condition to have an invasive biopsy. Mesothelioma is an aggressive cancer and his condition quickly worsened and he sadly passed away in the spring of the following year. In-spite of the medical reports indicating a probable mesothelioma diagnosis, the coroner decided against a post mortem. 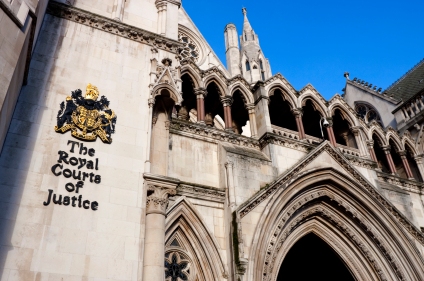 The shock from the speed of his decline meant that he did not think about compensation or seeking any legal advice.

His widow investigated the possibility of claiming on his behalf and contacted our Mesothelioma solicitors for advice.

Mr F had not formally supplied a comprehensive work history, but our team knew that he was an electrician by trade and discovered that he had worked for Drake and Scull.

Drake & Scull Engineering delivered major projects like the Severn Suspension bridge connecting England and Wales, St Pancras Redevelopment, The Jubilee Line Extension and The Channel Rail Tunnel Link. As an electrician at Drake & Scull, Mr F worked in close proximity with pipe laggers and fitters who worked directly with asbestos. It was common for electricians and other tradesmen who did not work directly with asbestos to still breathe in the dust created by fellow workers.

The insurers of Drake and Scull did not agree to the settlement proposed by our solicitors, so proceedings were commenced in the High Court. At Court, the defendants legal representation agreed that Mr F had indeed been exposed to asbestos, but argued that the exposure did not cause the mesothelioma as there was no medical evidence that he actually had the cancer.

However our Mesothelioma solicitors had obtained reports from the attending consultants and clinicians that stated that he probably had the cancer. They dug a little deeper and received statements from the radiologists who concurred that the diagnosis was almost certainly mesothelioma.

The insurers of Drake and Scull did their own investigations and finally agreed with medical evidence, they admitted full liability and agreed to pay Mr F's widow £125,000.

If you worked as an electrician and were exposed to asbestos dust directly or by working alongside others who worked with it, you may be eligible to claim compensation. If you have been diagnosed with Mesothelioma or another asbestos disease we can advise on the best way forwards. As this case study demonstrates, there are options available even if you have no formal diagnosis. Please call the number below and ask for Kathy or Warren if you have any questions.