Mr L worked for GLC in the late 1960s and early 1970s. He was a carpenter. Although he was not working directly with asbestos himself he was often working alongside other tradesmen who were using asbestos to lag pipes and fireproof blocks of flats. 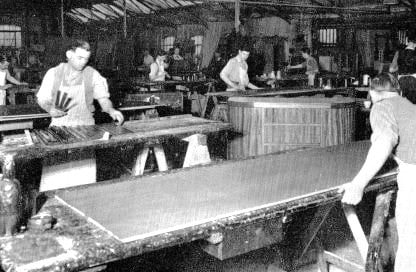 Sadly Mr L’s exposure to asbestos led to him developing mesothelioma in the Autumn of 2014.

It took the hospital several months to diagnose him by which time he was incredibly unwell.

Mr L was a widower and it was imperative his claim should be concluded within his lifetime or the level of compensation payable would be much less.

Our specialist mesothelioma solicitors were instructed in October 2014.

They obtained his medical notes and records and employment history and set out details of the claim to the GLC who failed to respond until December 2014; by which time our solicitors had commenced Court proceedings.

Greater London Council admitted liability and made a payment on account of the claim and our solicitors secured a Trial date for March 2015.

Throughout all this time Mr L’s condition was deteriorating and the concern was that he would not survive long enough to settle his claim which meant that the amount of compensation his family would receive would be dramatically reduced.

Fortunately by securing an early Trial date and maintaining the pressure on the GLC the claim was concluded in mid March 2015 for in excess of £200,000, within just 5 months of our solicitors first being instructed. After the claim was settled the family said “Many thanks for concluding his claim so speedily. The award has exceeded our expectations”.

Case2: Interim payment of £50,000 paid while the case is settled

In the UK, it is predicted that there will be approximately 90,000 deaths from mesothelioma by 2050, this will include about 15,000 former carpenters. It is estimated that as many as 1 in 10 of all carpenters born in the 1940s will die from an asbestos cancer. A large portion of these deaths will be from carpenters who installed AIB (asbestos insulation boards) as fireproofing - required under building regulations in the 1960s.

Very little consideration was given to the potential hazards and boards were usually cut to size without any protection. Professor Peto of Cancer Research UK described this as an ”error by science and society”.

Mr K was in contact with asbestos in his teens and 20s, mostly as a carpenter and joiner.

He had brief employment as a trainee mechanic in a garage in Leeds. He was only there for a year but was in regular contact with asbestos from brake linings. As a young man he was given the more menial tasks including sweeping up and cleaning. He would also have to change brake pads, which were made from asbestos at the time. Often the old brake pad was brittle and would have to be chipped off. The boxes that contained the new pads were usually dusty and the pads would need champhering and drilling in place which would inevitably lead to releasing asbestos dust into the air. 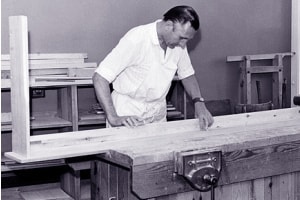 After leaving the garage, Mr K then served his apprenticeship as a joiner for a local firm called Leonard Garbutts Ltd in Aberford.

They were quite a large firm, employing around 300 workers and built local schools and large housing estates as well as agricultural construction and industrial work. Mr K worked in a joinery shop making frames, doors and windows, often with asbestos products.

He used a lot of asbestolux boards when fitting soffits. These were delivered in 8' x 4' sheets which had to be cut to size and drilled into place.

Often the carpenters would be fixing the boards above their heads with the asbestos dust falling back into their faces. No warnings were given about the dangers of working with asbestolux, nor was any protective equipment or clothing provided.

As a carpenter he also fitted roofs of farm buildings and barns. These were invariably made from corrugated asbestos boards which were cut using a hack-saw before being nailed in place. All this created a lot of dust from which there was no escape.

He left in the late 50s and joined a similar firm - Herbert Mather & Sons - doing similar carpentry work, this time fixing asbestolux soffits to 600 houses in Cookridge in Leeds. After this he worked in the 1960s for a larger company called Sir Lindsay Parkinsons, building houses in Garforth. He was a foreman at this firm, but was still cutting up asbestolux for soffits. Even when he was not so hands-on, he was still working alongside others who were using hacksaws to cut asbestos.

Mr K was diagnosed with mesothelioma following an MRI scan and biopsy in 2013. Our solicitors secured an interim payment of £50,000 while all of the medical evidence is gathered.

If you have worked as a carpenter / joiner in the 1950, 60s or 70s, you will almost certainly have been in contact with asbestos, either directly or by working alongside pipe laggers. If you have been recently diagnosed and would like some advice on claiming compensation for mesothelioma or other asbestos diseases, please call us on the number below and ask for Kathy Cooke or Warren Miller.