Cambridge Medical Student exposed to asbestos in the holidays

Mr B was born in Nigeria and arrived in The UK during the 1960s to start studying to become a doctor.
Like many students he did not have the funding for the course so was forced to work to subsidise his degree. Most work was through the holidays and as he lived and studied at Cambridge, he looked for work locally. The 2 companies he worked for were Atlas Stone and Johnson Matthey. 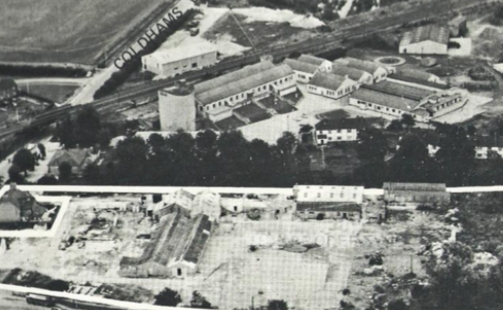 The Atlas Stone Company was formed by a Portland Cement Manufacturer in Cambridge - Arthur Charles Davis in 1902.
The main objective was to pioneer and develop the manufacture of products containing cement.

In the late 1920s production of asbestos cement sheets took place at the Meldreth Works.

Due to the heat resistant qualities of asbestos, it was added to cement and these products played an important part in the
war effort and for the repair of war damage and the manufacture of air raid shelters.

The Company’s sales of asbestos cement products increased steadily until 1953 when, for the first time, they exceeded 30,000 tons. In May 1975 a Belgian Company Eternit took over the company.

Many years later, when Mr B was living in London, he developed many health issues including problems with his memory and increasing frailty. One day he collapsed in the street and it was revealed that may have had cancer, but at the time he was considered too frail to undergo a biopsy. He moved to be with Dr B, his wife, who cared for him throughout his battle with mesothelioma.

He and his wife, Dr B, contacted our solicitors to see if there was a chance of claiming compensation for mesothelioma. Our solicitors visited them to take a statement about the previous asbestos exposure that may have lead to his condition. Mr B remembered mixing asbestos with cement at Atlas Stone by tipping it into a huge machine. This created dust and he recalled not being provided with a mask or any protective clothing or equipment.

Mr B was also exposed to asbestos dust at Johnson Matthey where he and other Cambridge students had also worked.

Unfortunately Mr B passed way in 2017 and a port mortem concluded that mesothelioma was the cause of death.
Our solicitors started a claim against Atlas Stone. Who admitted that they were responsible for the exposure to asbestos that lead to the mesothelioma. The claim settled recently for a large 5 figure sum.

His widow was not dependent on him financially. This meant that the claim was reduced to the a bereavement award and for
damages for his pain and suffering. The funeral costs and care costs were also factored in to the amount awarded.

After the settlement Dr B said:

“ I fell in with your firm on a referral to Helen. She is also well known and respected by the Mesothelioma charity in Manchester, to whom I was referred by a friend who had several colleagues (in the construction trade) who died from this disease. A lesser lawyer might fall into the traps set for those seeking redress, but not Helen. She is also compassionate to a fault. We were blessed to find her. I am setting up a fund in my husband's name. The entire yield of the invested sum will go yearly to where we feel it can do most good. ”