Surgery is difficult because sarcomatoid tumors are more difficult to remove than tumors made of other cell types. The cells are also more resistant to Chemotherapy, however palliative care is still available in most cases.

Mr E was in the army from the mid 1960s for around 40 years. He worked as an engineer on building projects and general construction. 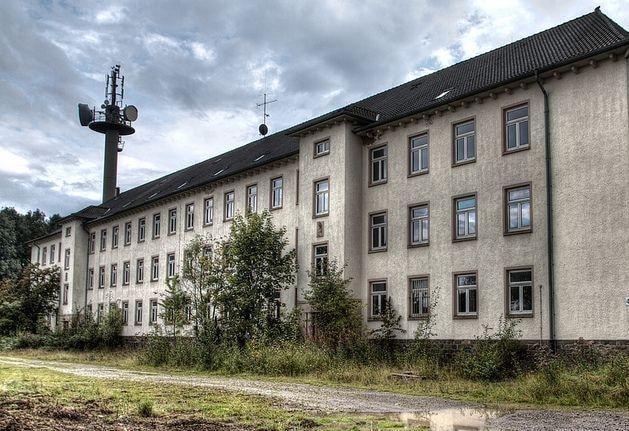 Unfortunately, the crown is except from prosecution prior to 1987. This means that military personnel cannot normally claim compensation for diseases such as mesothelioma. However there is a now a new government scheme, known as The War Pension Scheme which was introduced in 2016.

Under this scheme, if a veteran of the British Armed Forces is diagnosed with mesothelioma but was exposed to asbestos in the forces before May 1987, a one off lump sum payment of £140,000 may be claimed.

Our solicitor advised Mr E that if he was exposed to asbestos after 1987, it may be worth pursuing a compensation claim for Sarcomatoid Mesothelioma through the civil courts, which if successful, would be much more valuable. He spent time in Germany after 1987 where he worked in dusty old barracks.

Unfortunately, the dust contained asbestos from pipes that were suspended from ceilings. These pipes were in a poor condition and any movement through them would cause the asbestos dust to fall. Our solicitor managed to find several witnesses who remembered the state of the cellars and pipes at that time and the fact the Mr E was spending a considerable amount of time there.

Claim taken to The High Court

The MOD did not admit liability, so our solicitors decided to take the matter to the High Court by issuing a claim form in the specialist asbestos division. In the meantime, Mr E's condition worsened as the mesothelioma spread, so our asbestos solicitors advised him to take the £140,000, which is only available when the applicant is alive. The was done in such a way that it did not affect Mr the claim for compensation for the asbestos exposure after 1987.

The legal claim continued and our solicitor requested a hearing in front of a specialist asbestos Master in the High Court who reviewed all of the evidence. 14 days was given to The MOD to provide evidence to defend their position. After this period, they could not find the proof, so they made an offer to Mr E. His claim was settled for around £400,000

Exposure to asbestos after 1987 is fairly rare as the damage that asbestos could do was well known and the health and safety around the use of asbestos was tightened accordingly. It is still worth looking at all possible exposure however unlikely it may first seem. If you or a family member has been diagnosed with an asbestos disease in similar circumstances, please call us on the number below and ask for Kathy Cooke or Warren Miller.

Mesothelioma Case Against The Ministry of Defence